Registering a new company or business is easy, shutting down is little tough, but continuous execution needs a lot of things. And, only a failed entrepreneur can give you some lessons he/she learnt from the journey. While a failed entrepreneur will give you all reasons not to start any venture. On the contrary, another one will give you all reasons to try it once again. But, I’ll not command you of either. Instead, will share my experiences, my mistakes, my achievements and will leave it to you to decide your next move.

Why am I telling you all this?

The reason is simple.

With this blog, I am trying to answer one of the most important decision making question of my fellow entrepreneurs.

However, one can have a different perspective for sure. There’s nothing to offence on that either. It’s on you how you make your ways to reach your goals.

Why one needs a backup?

Having backup is an important element whether it’s in the form of plans or materialistic.

In military missions, officer asks for cover before moving forward; not because he has doubt on his abilities but because he wants to focus on something very specific. And, in case, something wrong happens on his back, it could be tackled without distracting him from his goal.

In another military scenario, army major sends a troop to achieve a goal while he also keeps a troop behind, just in case the forward moving team gets hurt, they could be provided backup without delay.

Same mindset should be there in startups as well. But, we commit a big mistake here. We don’t create backup plans. Instead, we create alternatives to our core goal.

This holds very true for all of us.

When I started my first venture at 25, my parents asked me what if your venture failed? What is your backup plan if it didn’t work out as expected?

Few questions out of the big list they asked.

So, I convinced them that if my venture didn’t worked out, I will have option to come back on my job. However, it was not a backup plan, I would say. It was an alternate plan which I’d obviously opted after my venture shut down due to whatever xyz reasons there were.

Before starting, I made this alternate plan but apart from this, I should have also prepared some backup plans. Backup plans for making continuous execution, not in case of shut down.

If venture failed to build right team, there should be a backup plan to have some persons in touch to add on board for building core team. May be one needs to dilute more equity for that. But, that’s one of the option one could have as a backup plan.

We may however, speak in person if required, to discuss the strategies for the same.

Financial support is one of the most important element for survival whether it’s one’s own life or an organization. So, planning a right support and backup plans is a mandatory aspect.

However, many could have arrange it through fundraising from investors, VCs or other modes. But, still managing those funds need great expertise. Here, many startups commit mistakes because they rely solely on investors' money. Once it stopped, organization’s operations also stopped. That should not be the case.

Without customer, no business survives.

To have an ongoing business operations, one needs to know the exact target market. A right calculative decision making skill is required here. And this decision making should involve right location, age, gender, interests and ticket prices. Any wrong choices lead to losses and businesses should be serious about it.

Customer acquisition strategy might be good but customer retention is also must. And, this becomes a challenge mostly because of poor quality service.

There is however no such backup plans but one should always have different plans for different types of people and situations.

These were only few of the scenarios.

Benefits of not having a backup plan at all

You can also go for the option with no backup plan. And, many people believe in this. Because, they think that having a backup plan weakens their focus on core goal.

However, I might agree with them to some extent. But, why are we losing focus because we always have in mind that we have a backup plan.

This will help you stay focused and also ready for any unexpected scenarios. And most importantly, these should be backup plans, not alternate plans. Backup plans as supportive to your original goal, not distracting from it.

If you do this with a strategy, you’ll reach your goals. But, make sure that you're still not worried about all of this. It's still fine to not have a plan. Because, sometimes not having a plan and just keep moving with the flow can also lead you towards best experiences.

If you’re confused about how to create backup plans, I’m there to mentor your journey. Reach out for a one-to-one discussion. 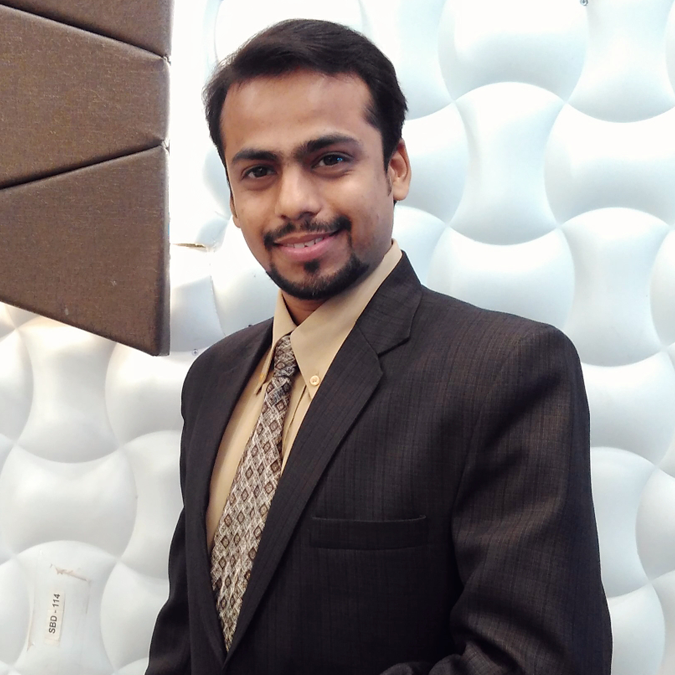 My corporate diary of 9 years

Today, it’s 16th January 2021. Right 9 years back, on the same day i.e. 16th January 2012, I started my corporate career with first job as a trainee programmer at Aptara Inc…

How did I learn Angular in 15 days and React JS in 7 days?